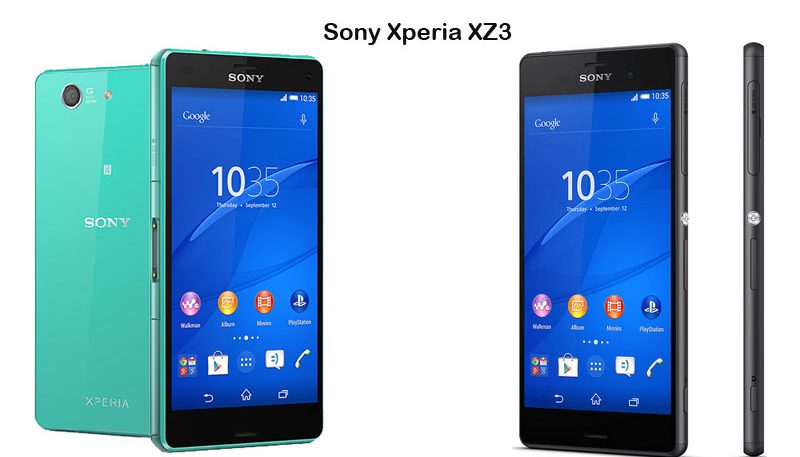 Sony has launched its new Android smartphone Sony Xperia XZ3 in August 2018. Xperia XZ3 is the very first smartphone with an OLED display in all Xperia devices. This smartphone is quite similar to its former invention Xperia XZ2. However, its OLED display is 6’curved that is covering new 7000 series aluminium frame. Also Corning Gorilla Glass 5 is used in both front side and back side glass on the device.We will see finger print scanner is mounted on the rear. Moreover other sensors like accelerometer, barometer, gyroscope and proximity sensor are also present.

The battery is non-removable with power of 3300mAh. In accordance to avoid any damage to the battery and USB Power Delivery, Sony has stopped QuickCharge 3.0, but it still includes Qnovo Adaptive Charging. This helps the device to adjust the charging parameters according to reduce the cell damage and increase the battery lifespan.

Sony Xperia XZ3 comes with Nano SIM or hybrid Dual SIM. The internal memory of this device is 64GB with 4GB of RAM and we can expand the memory by a micro SD card upto 400GB.

Sony has introduced there new feature IMX400 in XZs and XZ Premium. And now they have used the same in XZ3. The RAM chip is sandwiched in between the sensor and on control circuitry layers. The camera is also the same as in XZ2 i.e. 19MP with 1.22μm pitch, Focal aperture is f/2.0 and 25mm wide G lens with LED flash. The selfie camera is also 13MP with focal aperture f/1.9, 23mm. both cameras are excellent in capturing images. Furthermore, it uses Sony’s BIONZ image processing engine. One more quality is that it can also shoot 960 fps super slow motion video.

The Xperia XZ3 is the first Android device that has been launched with Android 9.0 Pie. Sony has a new feature in this called as “Side Sense”. It is built in to stock the Xperia launcher.

As the new XZ3 is upgraded version of XZ2 but it’s hard to justify its price. The phone is quite large as there is not a single notch. According to today’s standard, this smartphone is relatively thick because it house new improved S front surround sound speakers.The main reason of high price is the game of this smartphone. The game forces the Sony XZ3 price to reach at $899.99.

You can buy this smartphone from Amazon and Best Buy.

Now we’ll have a look on Xperia XZ3 as contender against the great Galaxy Note 9.

According to numbers, Note 9 is slightly better in performance than XZ3. Both the phones have Snapdragon 845 but the Note 9’s water cooling system makes it harder and stronger as it can reduce overheating. Note 9 has more RAM with 6GB and 8GB option but XZ3 has only 4GB RAM. When we look at the storage space then here also Note 9 takes the lead as it has 128GB memory that is twice the space of XZ3.

In battery life and charging, we don’t get a clear winner. The Note 9 has a massive 4000mAh battery that easily lasts a day. On the other hand XZ3 has 3300mAh battery which is smaller than that of Note 9, but still it also lasts a day comfortably. Both smartphones have Qi wireless charging but the XZ3 quick charging system is better than Note 9’s Quick Charge 3.0.

In terms of Camera, Style and beauty of these smartphones, here too Note 9 is the winner as it is slimmer and has flagship range. The Note 9 has dual 12 MP lenses that are stronger than XZ3 single 19MP lens. But the huge 13MP selfie camera of XZ3 is the better than Note 9’s 8-megapixel selfie shooter.