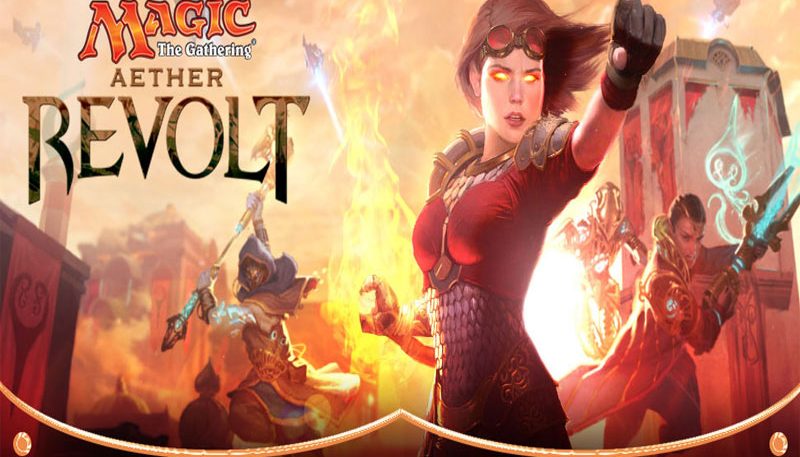 Kaladesh is undoubtedly the most awaited and anticipated the set of cards in the Magic The Card Game Arena. Aether Revolt is indeed the category of Kaladesh cards that has immense strengths and can play a significant role in securing the title of victory for the players.

Characteristics and Features of Aether Revolt

As soon as the Aether Recolt deck of cards was released the players noticed a lot of similarities between the Aether Revolt deck and the Dominatria deck.

The basic theme of the cards included in both these decks is the same and focuses on the interaction between cards rather than the use of archetypes. The format of this deck of cards includes two Aether Revolts booster pack and one Kaladesh booster pack.

A huge advantage of the cards in this deck is that they have aggressive capabilities and enormous strengths yet do not let the game go out of control easily. This means that the player has more freedom to pick and choose yet is rest assured that the game stays within his comfort zone.

Despite the fact that the creatures in this deck are weaker as compared to the creatures in Kaladesh yet they play a significant role because this deck allows the option of removal and this when paired with these creatures can prove to a huge advantage and game play strategy for the player.

A red color is the most powerful color amongst the cards in this deck. It can perform tricks, burn the opponent and even support you in removal. The weakest color of the deck is white yet it still has some capabilities and strengths so feel free to keep it at hand.

The main mechanics of the card are improvisation, revolt, energy, and vehicles. The revolt and vehicles are part of the Kaladesh. Improvise gives the player an ability to tap artifacts. Each artifact tap pays one mana. The revolt is used as a spell signal and has different effects based on the scenario. The energy is a counter for the players to keep track of their resources. The vehicles can be paired with artifacts to give them the status of creatures on a temporary basis.

The expert card cycles are mainly responsible to cast spells on the opponents. The main experts that you must have in your deck are Scram Senior Edificer, Baral Chief Of Compliance, Yehenni Undying Partisan, Kari Zev Skyship Raider and finally Rishkar Peema Renegade. The expertise is the cards that will be your source of mana earning in the game. Saram’s Expertise, Baral’s Expertise, Yehenni’s Expertise, Kari Zav’s Expertise, and Rishkar’s Expertise. These cards can be paired with the respective experts to unleash their true potential.

Card Colors In The Deck:

The colors of cards in the deck are red, black, blue, green and white in the order of the most powerful colors to the least powerful ones. Red color has the ability to offer control, black cards are known for their removal and blocking abilities, green cards have undefeatable strengths when paired with red or blue cards, blue is cool tempered card category and lastly white is the color of blocking and dominance.

The deck of cards gives a lot of space to the player to experiment and come up with combinations that work best for you in any given scenario. Despite its quirks and downsides, Aether Revolt is indeed a deck of cards that is a must-have.

Eldrazi Processors: Another look of the Modern Musings
Next Post
Kapanlagi Network Review