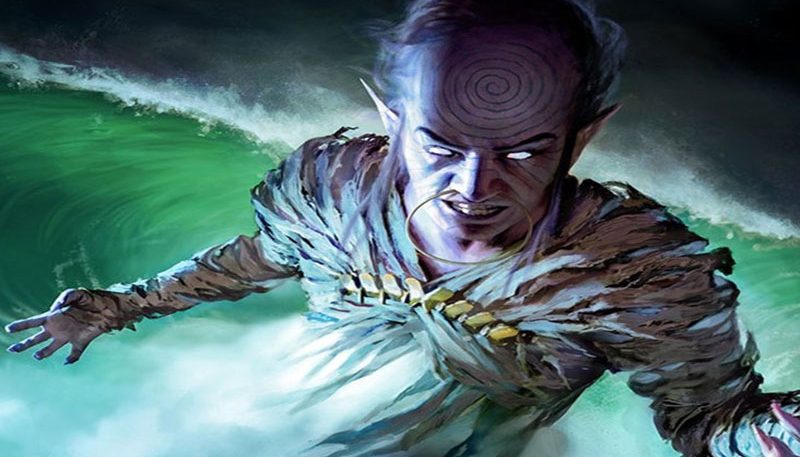 I have decided to go through and review the Mono-U deck of cards in detail after playing Magic the Card Game for about three months. During the course of these three months, I have reached the Master Tier 1 ranking and I also have several tournaments wins to my credit.

The Mono-U Flyers deck has contributed a lot to my victories and I firmly believe that it was a considerable factor that helped me gain 15000 gold in a very short amount of time. Moreover while making use of cars from this deck I have also won seven games amongst which four were in a row.

Despite the fact that this deck of cards is slightly expensive as compared to other decks, I still believe that it is a good deal as it offers a total of fourteen rare cards. Moreover, the fact that no cards from this deck belong to the Kaladesh category also caught my eye and I became interested in exploring these cards.

This deck is a great opponent against cards with controlling properties. For instance, if Island and Stormtamer are played in the first turn, then use Island, Storm Fleet Aerialist in the second turn to make room for Djinn in the next turn. In the next turn, wait for your opponent to play his move and use Unsummon, Nimble Obsructionist, Siren Stormtamer or Settle the Wreckage accordingly. The fourth and last turn would then settle the damages done and seal the game.

The first category in this deck of cards is the Core Creatures. The core creatures come with six cards. Siren Stormtamer, Storm Fleet Aerialist, Warkite Marauder, Nimble Obstructionist, Tempest Djinn and Dreamcaller Siren are powerful cards with blocking powers that can serve as great tools to control the gameplay. Some of these cards have lethal strengths that can crush the opponent’s strategy and power.

Two cards have been included under the spell category of these cards. Unsummon and Lookout’s Dispersal is the cards that when played at the right time can easily lead you to victory. They are expensive as they have higher mana rates yet the damage they do to the opponent.

This category comes with a powerful duo of Curious Obsession and Favorable Winds. These cards are a treasure and have a lot of value when it comes to matchups and strike attacks. However, the effects of these cards can go both ways so the player needs to be vigilant when drawing these cards to ensure that they damage their opponent and save their own warrior cards from damage and harm.  Another pro tip is to stay patient with these cards and wait for the right moment to play them.

The Mono-U Flyer deck is not very flexible. Therefore it is very strict and does not give the players a lot of space to move the cards around. The deck is already pretty optimized and arranged so the players do not have a lot of room to rearrange the deck as per their own preferences. This factor proves to be both a strength as well as a weakness of this deck.

The deck of cards comes with four island cards. Each of these cards is the same and can be used to increase the dominance and strength of the game board.

There are a lot of strategies and game plans that can be organized that make proper and thorough use of these cards. It is recommended to keep at least two lander cards at hand to increase your strength and protection. Also always prefer cards that offer more minions and can offer a better turn advantage in comparison with other cards.

Stormtamer is a card that you should save to be used last especially if you have a Curious Obsession as the pair of these cards can prove extremely fatal for your enemy. This deck of cards is a very good choice that can help you climb the stairs of victories if used strategically and at the right time. Therefore I would highly recommend making full use of this deck.

Get the Mastery in Making a Large Email List

Your Email List is a Gateway to Your Campaign’s Success