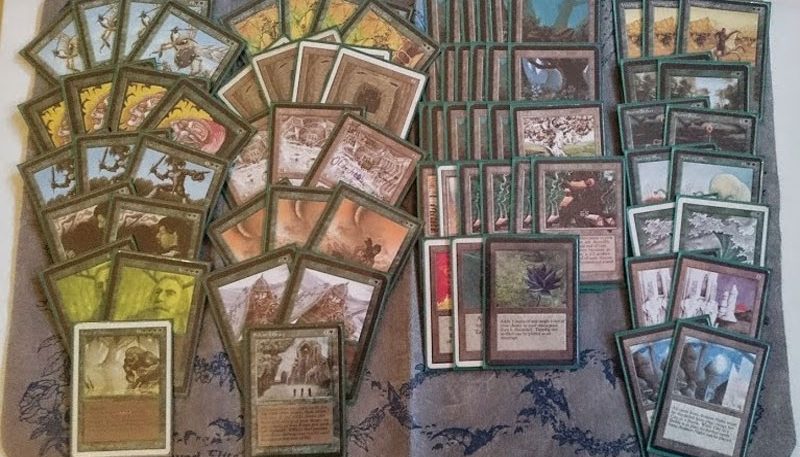 I recently came across the Mono-Green Aggro cards in Magic The Gathering Card Games and unbelievably they have helped me level up from diamond 4 to Master Tier within two days. That is when I truly realized the capacity and ability of these cards.

Upon realizing the impact and strength of these cards I decided to look into them deeply and played around to unleash their true potential. I came to know that these cards are highly aggressive in nature. There may be other decks of the card with the same aggressive attitude yet I still believe the Mono-Green Aggro deck is surely a key to leveling up in a very short amount of time.

This deck of cards has a very straightforward game plan and unfortunately, it does not allow the player much freedom. The only thing that will lead you to victory is to compete with the big dinnos. If your opponent plays wisely and somehow overcomes your opening card, no matter how much pressure you place on him afterward you are destined to lose.

Another drawback of this deck is its incompetence against control and swarm decks. It fails to compete in matchups involving control or swarm cards. Also, most of the beginners in the game avoid this deck due to its expensive price.

One of the most obvious advantages of the Mono-Green Aggro deck of cards is its aggressive nature and fast pace. This enables the player to finish the game within the first five turns if played and utilized properly. I also believe that this deck would be my top recommendation for anyone who is a fan of grinding. This deck maximizes the effects of grinding and favors the player.

The topmost reason why I would recommend players to try out the Mono-Green Dinno cards it is that the cards have a very aggressive nature and can be used to finish the game as quickly as possible. This deck closely resembles the RDW cards in their aggressive nature. This deck includes powerful cards like Carnage Tyrant, Primal Hunger, and Ghalta that offer a smooth and consistent gaming experience with minimum drop rate.

Moreover, the nature of the deck is pretty straightforward and linear. The game moves and strategies are not only easily identifiable and comprehensive but the opponent’s moves can easily be analyzed and predicted once a certain level of expertise is attained. Adventurous Impulse, Merfolk Branchwalker, and Ranging Raptors are cards that deserve special credit. These cards have the ability to forfeit any strategy posed by the opponent and reverse his attacks.

The player should aim to get his hands on at least two land cards however this does not mean that one should get greedy and go on accumulating the land cards. No more than three land cards should be included in your deck. In the most ideal scenario, you should have double forest cards.

Other than the lands if possible Llanowar Elves and Merfolk Branchwalker are two cards that can help you strengthen your position on the game board. Amongst the high priority cards that can enhance your bonus in the game are Adventurous Impulse, Rhonas the Indomitable, Steel Leaf Champion and lastly Ghalta, Primal Hunger.

There are also a couple of cards whose inclusion or skipping will not have a huge impact on your game strategy. Carnage Tyrant, Ripjaw Raptor, Thrashing Brontodon, and Resilient Khenra are the cards that make little to no difference even if they are not included in your deck.

The mechanism and game plan of the Mono-Green Dinnos cards is linear and simple. The goal for the player is to utilize strong and efficient cards in the beginning and deploy as much damage as possible to the opponent’s deck. Since the cards are aggressive in nature they tend to finish the game in the least number of turns possible so utilize your golden cards as soon as possible.

All in all this deck is a great way to climb up the ladder of ranks in a short time period. The expensive nature and aggressiveness of the cards to pay off in the end.