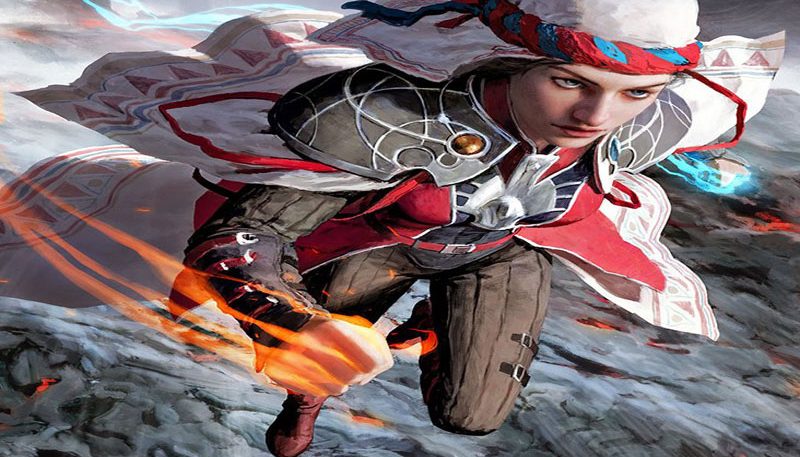 Being an enthusiastic player and fan of the paper Magic, I am glad to be introducing and reviewing the deck guide of Izzet Wizard Aggro in this article. Amongst the Izzet Wizard card deck, some of the cards that have especially caught my attention are the Lightning Bolt, Counterspell and the Goblin Guide. In this article, I will start with the introduction of the decklist, the cards and finally discuss the gameplay and Mulligan.

Significance Of UR Wizards:

UR Wizard deck is an off-meta deck that comes with a total of ten rare and no mythic cards. Despite the general perception that these cards are not very challenging, I beg to differ as to when used properly and strategically, they can prove to be game changers. For instance, if Mountain and Soul-Scar Mage are played in the first turn and the second turn uses Island and Riddleform then the third turn would surely play Sulfur Falls, Opt and Riddleform. This would sum up to an attack for 6 and the fourth and the last attack comprising of Lightning Strike and Ghitu Lavarunner would prove to be a lethal attack.

Strengths and Weaknesses of the Deck:

The Aggro Wizard Deck is extremely lethal and exciting. Most of the cards included in this deck that are dangerous and are a great weapon, however, the Izzet Wizard cards are especially of significant importance as they have the ability to cause tremendous damage to the opponent’s deck. You have to be patient with these cards as victory cannot be guaranteed in the first couple of turns but the cards do eventually cause damage to the opponent’s deck.

The drawbacks of this deck are that the player has to be persistent when dealing with these cards and cannot be overcommitted. Without the instants, Lyra Dawnbringer and Wildgrowth Walker cannot be killed. The Mulligans have a very low land count and a weird color combination that can make it very difficult to handle.

The deck has the following categories of cards each of which has their own significance and strength. The Core Creature category includes Soul-Scar Mage, Ghitu Laverunner, Spellweaver Eternal and Riddleform.  Three cards have been included in the Utility card category and they are Siren Stormtammer, Opt, and Unsummon. Lightning Strike and Wizard’s Lightning are the two cards in the Burn Spell category. The Finishers and Alternative categories come with the Adeliz, the Cinder Wind, Insult, Wizard’s Retort and Merfolk Trcikster, Crash Through, Warlord’s Fury, Naru Meha, Master Wizard, Fanatical Firebrand and Magma Spray respectively. Lastly, the Lands in the deck come with Sulfur Falls and Ramunap Ruins.

Amongst these cards, Soul-Scar Mage, Opt, Riddleform and Wizard’s Lightning are rare and high priority cards. The best strategy to make the most of these cards is to try and dominate the game board and block the attacks from the opponent. Even if you suffer a few damages from the competitor keep your defense strong.

This deck of cards is extremely aggressive. And it is the exact same attitude that this deck demands from its player. It is recommended to come with a game plan that can define your strategy for the first five moves of the game. Despite the fact that the deck demands aggression always ensure that you are sure and do not over commit while dealing your cards.

Also, you need to take your time and think about the right time to use the card Opt. Save it and analyze the opponent’s game strategy before deciding when to play this strong card. Time is very important while dealing cards from this deck, therefore, try to outrun your opponent at the right time.

It is an undeniable fact that this deck has a lot of benefits and significant advantages but all of these benefits do come at a price. This deck has a certain level of uncertainty and ambiguity. This is the reason why most of the players have mixed thoughts about the cards in this deck. However, there are some of the most powerful and lethal cards in this deck that can do considerable damage to the opponent. Matchups and experience are what it takes to get to know the real potential of this deck of cards.