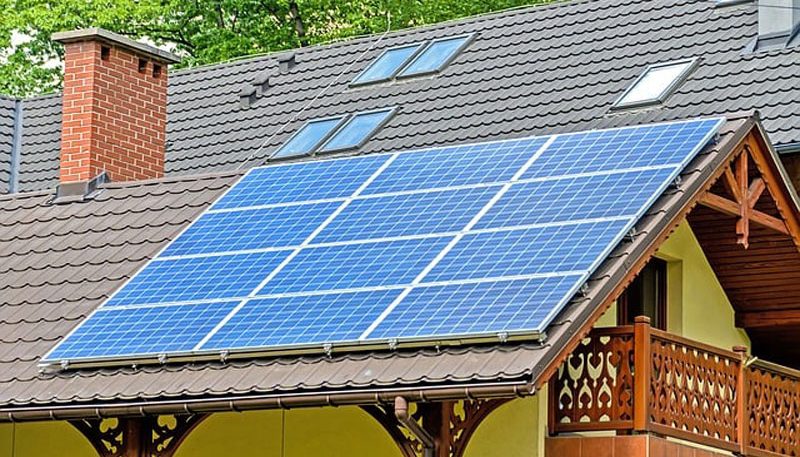 How Solar Panels Could Cool Your House While Harvesting Energy?

It won’t be too long when man will witness Solar Panels working more wonders than they already are rendering double-duty like never before; converting solar energy from the Sun while cooling off the house beneath it. Scientists have now combined the both phenomenons under one magical system that will do exactly just that! Although, much is yet to take real time effect but it all seems to be in good faith. This does promise prospects towards preserving Mother Nature and combating the greenhouse effects which is all that matters as for now.

While masses are now well-accustomed to the concept of solar harvesting, the idea of “radiative cooling” is yet to unravel. The phenomenon involves a rather unusual emission of heat getting sucked back into the Universe rather than hitting the earth. What the human eye cannot fathom is the diminishing effect of heat energy that every object is subject to. This heat is always in the form of infrared radiation. Earth’s atmosphere maintains its balance through reflecting this heat but when the wavelength is of a certain degree, it can actually dissipate back into space instead of reflecting towards the earth.

Matter that consists of  that specific wavelength gets lower on temperature than its surrounding air, just like how frost forms. As we speak, this idea is gaining momentum in the aspects of engineering whereby scientists are contemplating on the phenomenon of cooling down buildings with this method rather than the age old non-renewable method of air conditioning.

Based on empirical studies published in the journal Joule, research has lead to the development of a device consisting of two ends, a solar harvester on one end and a radiative cooler on the other. The baffling part is, the device manages to keep itself cool and hot at the same time! The device manages to do so through the vacuum created around the radiative cooler ensuring complete segregation between the two ends.“The bottom panel can radiate its heat out without being impeded by the top panel,” says Shanhui Fan, a professor of engineering at Stanford University and the author behind the genius hack. “And that allows the bottom panel to drop to a temperature substantially below ambient.”

The solar end of the device endures up to 43 degrees Fahrenheit adding to the normal temperature while the cooler part can go 54 degrees Fahrenheit below the normal range. Those numbers are more than enough for this idea to flourish further into an actual development catering to the ever increasing demand for air conditioning as temperatures skyrocket throughout the globe.

The only drawback is, the innovative device is rather costly to build and not very feasible to be sold commercially. The goal shifts rather towards developing more efficient solar cells that could sustain the technology better.