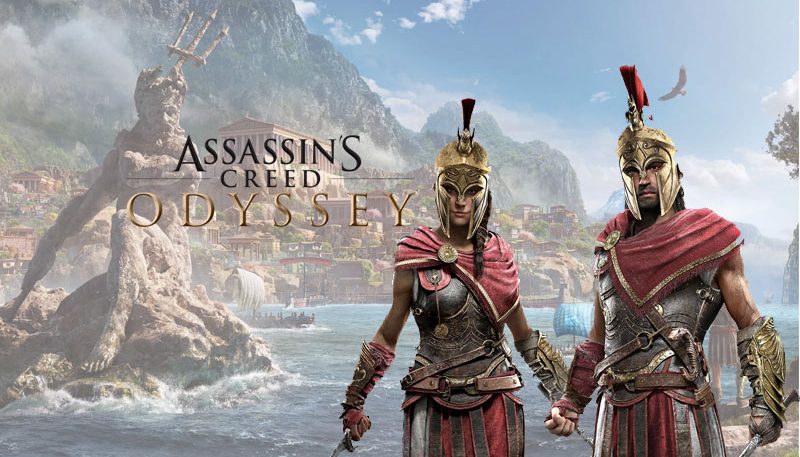 It is a foremost need of human being that to get entertained, rather it will not be wrong if it said that the need to be entertained is in a human being’s nature because from the time the human being stepped on the earth he is striving for fulfilling his mental and physical needs.

Now the privacy is the most required thing to get entertained and happy rather than to get in a gathering of ones. As life has been fast now so people also prior the things which are fast, like computer games. Since the computer games are introduced the way of living of people has been changed. These games have mesmerized people in their spell and now these games are so much developed that human’s wisdom have gotten astonished.

A name of in these games is the game Assassin’s creed Odyssey. Which is an action and fictional history game? Its only trailer has launched yet. It’s about the fictional history war of Peloponnesian. It is developed by Ubisoft Quebec and published by Ubisoft. It is the eleventh major installment, and twentieth overall, in the Assassin’s Creed series and the successor to 2017’s.

It is certain that science could not found a formal connection between video games and the behavior of violence in real life. As Assassin’s Creed Odyssey is an action game so we have to keep in mind that there are some researches which have proved the harms of this kind of action games because regardless from this conflict there is shown in another research that the psychologists have the different opinions about it that people get violent cause of these action video games.

Expert team headed by Professor of University of Melbourne, studied the impact of video games on children’s mental development.  According to that to play the video games daily improves the decision making and their memory which is helpful in their education.

If view overall to play the action video games groom us mentally.

The World Health Organization has admitted first time a mental illness to the addictive electronic games or video games addiction, the institute has included the ‘gaming disorder’ to the latest list of diseases. This list was published in 1992 before from the W.H.O.

A part from that there are many risks and harms which are being considered as the aide effects of action video games, as

The industry of video games has developed so fast. TV computer internet video games have become a challenge for Muslim parents especially. They are amazed and worried that how they should train their children.

Family, society, and mankind have to set a comprehensive strategy to deal with the risks and problems of video games for the future.

It is imperative that we play our role in dealing with these challenges and problems and protect our children from the social adverse effects of these things so that our future can be safe.

Whether there is a most wonderful game you play and enjoy the most but it will never be the alternative of a good physical game.